If you’ve been doing CrossFit for any length of time, you’ll likely be hearing talk of the CrossFit Open quite a bit at this time of the year as the Open season is upon us yet again.

So what is the CrossFit Open anyway? 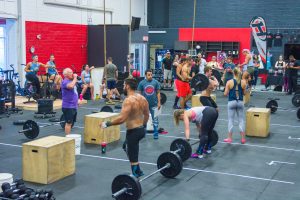 It’s a pretty big deal in the CrossFit community, with many CrossFit gyms (including us here at 819) holding an event to watch the live televised announcement, and then to do the workout immediately after.

After the announcement, participating athletes have until Monday at 8pm (EST) to submit their scores to the CrossFit HQ site.

At the conclusion of the 5 weeks of the Open, the fittest move on to the Regionals and the online qualifier. 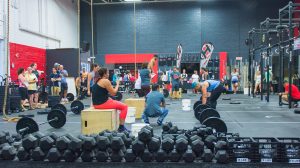 The CrossFit Open… To do or not to do. 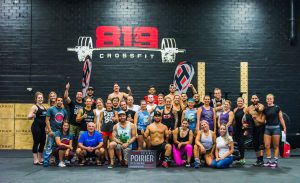 The Open is an excellent community building event, and the thing that makes CrossFit so successful as a fitness modality, is the community.  So anything that encourages you to come, hang out with your friends, and engage in physical challenges, is a lot of fun and good for everyone involved.  So in that sense, yes, you should do the Open.

However, there are a few caveats to be aware of.  There is a competitive element to the Open, and knowing your body well, capacity and limitations in particular, is important before jumping straight in. 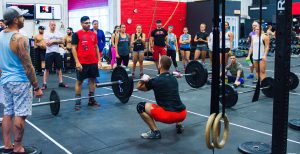 If you’re new to CrossFit (less than 6 months of consistent training) and have any pre-existing injuries that cause you discomfort during certain movements, it would be advised as a general rule to get it looked at by a professional (physio/chiro/etc…) to rule out the possibility of further damage from the movements in question.

ALWAYS A GOOD GROUP TO CHEER AND SUPPORT (Click to enlarge)

This advice is actually true too for intermediate (6 months to 18 months consistent training) and advanced (18+ months training) athletes.  In the case where you’re unable to avoid the pain and pushing through it tends to make it worse, participating in the Open may not be a good idea.  If you’re going to do the Open, you don’t want it to be your first and last right?

If you’ve been training for years, but have recently had an extended layoff from training, and are just returning, it would also be advisable to carefully consider your suitability for pushing yourself in competition.

At this point, many people might think they shouldn’t do it or aren’t ready.  This is not necessarily the case.  In class, if your coach is able to modify a workout for you and you’re able to perform it without pain, then you can take the same approach in the Open.  Once the workout is announced, have your coach come up with suitable alternatives that you can do without pain.

In the end, the Open is about having fun and doing something you enjoy.  If you are training to stay healthy and get stronger, do the open, and be smart about it.  Scale the movements, loads, and volumes appropriately for your training age.

If you’re training with a serious effort to make the regionals, then there’s that little masochistic pride, that sense of this is going to hurt so good.  That’s fine, it’s a different type of enjoyment.  And to those who work the hardest, there are rewards!

Ultimately, use common sense, listen to your coaches, and come have some fun with us!

Here’s how we’re running it…

To allow for the crossfit opens WODs, for the next 5 weeks starting February 22nd and until March 22nd, the 6:30pm Crossfit class will be canceled, and the 7:30pm Bootcamp class will be given at 6:30pm.

For the next 5 weeks, the Crossfit Opens WODs will start at 7:30pm with a warm up, WODs will be announced at 8:00pm on the TV and members interested to do the WOD that night will be able to do starting at 8:30pm. Another opportunity will be given on the weekend to do the WOD.